The Ohio Randonneur 400k brevet took place last Saturday following the Ashland-Lake Erie route. The route starts in Ashland and proceeds South through the hills. The Northern part after Wooster is relatively flat up to Erie and back down to Ashland. 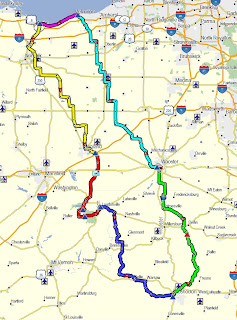 I debated prior the brevet whether or not to participate since I still had swollen fingers and ankles from a day long martial arts tournament I did the weekend before.  Ultimately, I decided that if I always had to wait for ideal weather or how I felt, there wouldn't be that many "perfect riding days".

15 riders started the brevet with two being from out of state.  The weather forecast was a high of 86 and an overnight low of 50 with no predicted rain. The starting temp. was a comfortable 55.

For this ride, I started with shorts, a short sleeve jersey, arm warmers and an ultra thin pair of wool gloves. I also attached a ContourRoam camera to my handler bars for taking video.  I packed leg warmers and a light weight wool shirt as a base layer if the temp got cold. When compared to other randos, I tend to carry more gear. Per the Spring 2012 Randonneur magazine, I definitely ride by the "two is one and one is none" rule - so I was carry redundant lighting, 3 tubes, etc due to the route length and crappier road conditions in Amish country. I have a very loving and understanding spouse when it comes to biking, but if she had to drive a couple hundred miles to pick me up and then back to get my car because of a basic failure that could have possibly been avoided…...…………..well, it's just better to carry that extra stuff than to find that out!

Promptly, our group departed at 5 A.M. As you can see from the pictures below, it was quite dark. At the start there are a couple gas stations, a Denny's and the hotel for some ambient light. After a half mile and a periodic semi truck passing, there was no light other than the lighting on the bikes. For reference, on the truck picture I was maintaining a speed greater than the posted speed limit :) 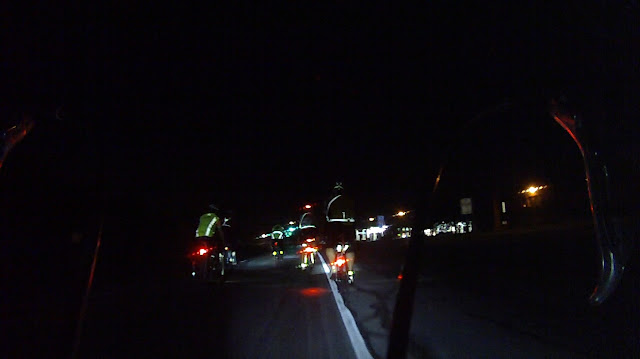 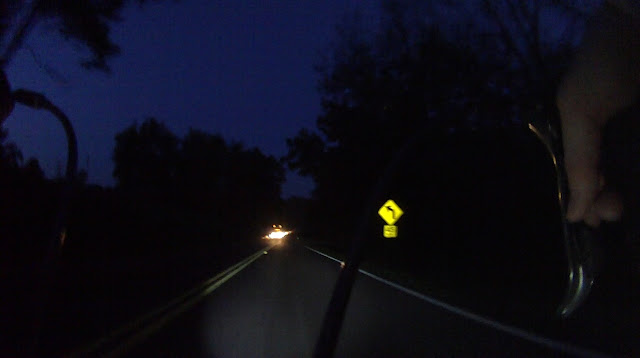 Problem #1: About seven miles into the ride, I realized that I forgot my water bottles. The sad part is that I packed them in my gear bag, but neglected to transfer them to the bike. The first control was not until mile 30.  I am the type of rider who carries their own powder mix because I know exactly what agrees with my body and what is needed to keep nutrition levels high. Given that the heat was going to be near 90 degrees and the first 125 contained all the hills, this was a pretty bad situation. I immediately stripped my arm warmers and gloves to force myself to stop sweating.


At mile 19.5 was an information control at Pleasant hill dam. A rider there kindly asked "Hey, did you happen to leave your sun glasses here?" I replied while laughing: "No sir, but if you asked if I forgot my water bottles like a dumb ass - the answer would be a resounding yes!" Another rider (Rich) near by overheard me and offered up a small spare bottle since he was carrying a second large bottle and a camel pack. I had reservations because I didn't want to short someone else over my mistake, but Rich insisted I take it. It was a short bottle (guessing 12-14 oz), but any form of hydration is better than none.

The sun rise was gorgeous. Note in the second picture that you can see arm warmers. I had them pulled down like wrist bands to wipe the sweat and to keep me cooler until reaching the control. 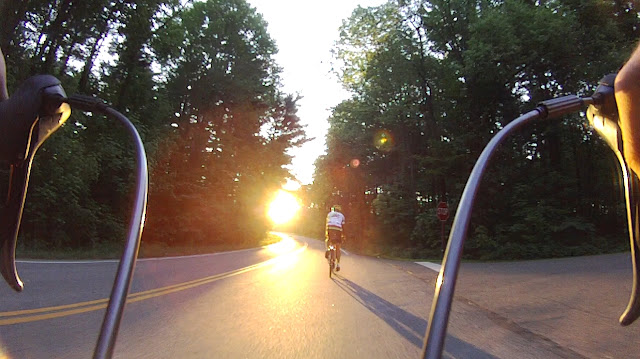 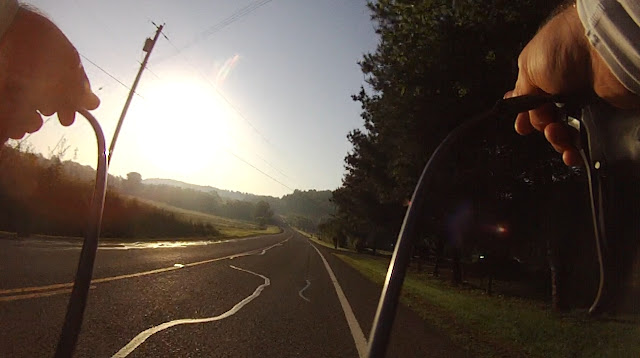 After reaching the first controls, I bought several bottles of Gatorade and inhaled a bottle of Orange juice. After getting my control card signed, I again thanked Rich for his bottle. Rich asked if he could hang with me. I let him know that I was really intending on pounding hard to the next two controls to cover as much ground as possible before the heat so he decided to ride more casually. The next 90 miles was just a lot of hills. The beginning part of this route was the same as the 300k but in reverse. Small, long, steep, gradual, rollers - every type of hill imaginable. Problem #2: I was already feeling partially dehydrated since I hadn't consumed as much fluid as I normally would have and the fact I couldn't mix in my powder due to how skinny the Gatorade bottle neck was. Also, it was very difficult to drink while trying to unscrew the Gatorade caps while climbing steep hills or descending fast.

Control #3 was at a Shell\Subway in Loudonville. I took about 15-20 minutes, to eat a foot long meatball sub, cookie sand refill the bottles, reapply sunscreen and adjust gear. On the way out, I bumped in Rich and some guys again. At some point soon after control #3, I popped a tube on the rear wheel. Not really a problem but just a part of biking. It had been a long time since replacing either tube, so it was kinda expected. This is what the ContourRoam looks like when you are changing the tube and forgot to turn off the video at the previous control. 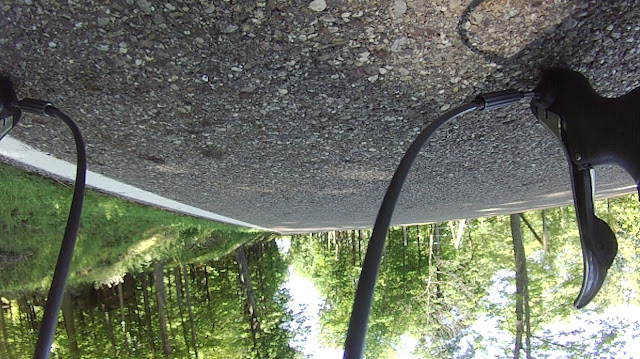